We are a group of elite health professionals highly skilled at identifying healing opportunities that no one else has uncovered for you. Using cutting edge functional lab testing, we’ll help you discover the hidden causes of your chronic health concerns.

We are elite functional health practitioners who have helped over 10,000 people get well and stay well naturally for over 20 years.

We test we don't guess. This is the core of how we operate. We use the high level lab data interpretation methods to find the underlying cause of your symptoms.

Unlike traditional medicine who provide medication to mask the symptoms you experience. We find the hidden stressors inside your body that are the cause of your symptoms so together we can eliminate the unwanted symptoms.

We have been training health coaches longer than any other program? Check out our origin story here:

The Perfect Complement™ to Medical Treatment

If you have a serious medical diagnosis or are under the care of a physician for medical treatment, you can still come to us for help. Using the natural, general principles of health-building serves as a grounding program during any medical crisis and often reduces the need for medication and surgery.  FDN is considered by many physicians to be the Perfect Complement™ to evidence-based medicine.

“As long as the progress of the stress cascade is not so compressed that our observations cannot be capitalized on, our method will always improve the health of our clients” ~ Reed 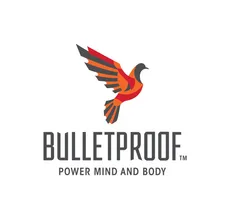 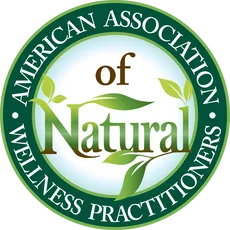 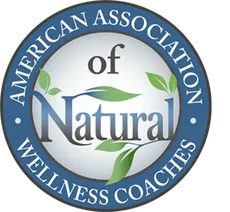 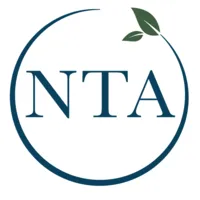 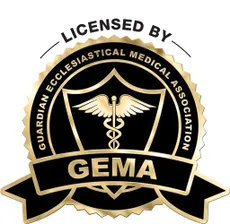 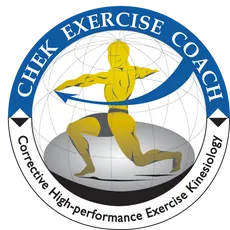 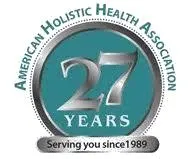 Meet the FDNthrive® Advisory Board. We give expert counsel on the issues that matter to you. With countless years of combined Functional Nutrition experience, they’re passionate about leading the FDNthrive® community professionals. And you’ll get an entire team working on your case.

He is the Founder of Functional Diagnostic Nutrition®(FDN) and the FDN Certification Course with over 3,000 graduates in 50 countries.

Reed served as the Health Director at a Wellness Center in Southern California for over 10 years and with over 10,000 clients is known as one of the most experienced clinicians in the world.

He lives in the US and when not teaching the FDN Certification Course and helping his graduates build their private practices, he is usually found gardening or riding motorcycles.

After 25 years of practice, Dr. Weinstein combined his exercise expertise with direct to consumer marketing where he wrote, produced, directed and starred in his own long form infomercial, for an exercise device of his own invention. During this time he worked with Eric Stilson who many of you know for his hugely successful marketing campaigns for HealthRider, Bowflex and the AbDoer.
He honed his marketing media skills with Mercury Media and Euro RSG the largest media buyers in the world. He then went on to work with Alex Mandossian, Paul Colligan, and David Jackson, the top innovators in internet marketing today.
Having built three successful practices over the last 25 years, he brings an expertise in marketing and media that no one else has.
Credentials: Dr. Gupta is a functional medicine and wellness doctor who is passionate about educating and sharing knowledge on some of the most important areas in holistic wellness today.

In his daily life, he is a board-certified general practitioner. He runs a busy integrative medicine practice on the Sunshine Coast, Australia. Dr Gupta graduated from medical school at the University of Queensland in 1999. He has received specialized training in integrative medicine, and was awarded a Fellowship of the Australasian College of Nutritional and Environmental Medicine (FACNEM) in 2008 and a Fellowship of the Australian College of General Practitioners FRACGP) in 2010. He also has a physician training certification with Dr Ritchie Shoemaker in biotoxin illness and Masters of Nutrition with Dr Gabriel Cousens in diabetes and living food nutrition.

He is on the examining lecturing faculty of ACNEM and is the chair of the legal advocacy committee of the Australasian Integrative Medicine Association (AIMA) where he is a strong advocate for issues threatening the integrative medicine movement overall. He’s very proud to be one of the medical directors for Functional Diagnostic Nutrition, and on the advisory board.

He has a broad range of interests including environmental medicine, management of complex multi-system illness including mould-related illness, mast cell activation syndrome (MCAS) and chronic infections. His main passion relates to finding the underlying causes and innovated approaches to managing chronic illness, which he teaches through his online and face-to-face courses. She is the owner of Lori Rose Holistic, a private clinical herbal, holistic nutrition, and wellness coaching practice. She is a National Board Certified Nutrition Professional (CNP), a Certified Functional Diagnostic Nutrition® Practitioner, a Board Registered Herbalist (RH), a National Board Certified Health and Wellness Coach (NBC-HWC), a Published biologist and ecologist (PhD), a Member of Cook Children’s Hospital Johnson County Alliance for Healthy Kids, and a Blue Peak Community Award winner.

She is a mom, wife, permaculture farmer, and passionate Zumba and Strong Nation fitness instructor. Her purpose on this earth is to help people find the authenticity, vulnerability, and courage that it takes to follow their dreams.

She uses her variety of education in biology, scientific literacy, functional diagnostics, environmental impact, herbalism, coaching, and nutrition to help people feel awesome again and enable them to follow their dreams and make this world a better place. Dr. Polucki is an Upper Cervical Chiropractor and chiropractic instructor in practice for over 25 years helping provide fast and lasting pain relief without drugs or surgery.
He has served as faculty at Sherman College of Chiropractic and assisting technical consultant at Southern California University of Health Sciences. Dr. Polucki also has certifications in Functional Diagnostic Nutrition®, Metabolic Typing® and Functional Medicine that allows him to help people with permanent weight loss, nutritional detoxification, allergies, bio-identical hormones, sleep and digestive tract rehabilitation.
Dr. Polucki hosts a weekly radio show “The Dr. Polucki Family Health Hour” on KHTS AM 1220 in Los Angeles and streaming online where FDN Founder, Reed Davis, has been an occasional guest. The Functional Diagnostic Nutrition® program has been producing elite health coaches since 2008. We’re the oldest health coaching program in the industry, and that experience shows in the quality of our practitioners. When you choose FDN®, you know exactly what you’re going to get. Founder & CEO
Reed is a triple Board Certified Holistic Health Practitioner (HHP), Nutritional Therapist (CNT), ANWCB Health Coach and a well - known expert in functional lab testing. He is the Founder of Functional Diagnostic Nutrition® (FDN) and the FDN Certification Course with over 3,000 graduates in 50 countries. Managing Director
Brandy has been a certified FDN practitioner and member of the FDN team since 2014. She is passionate about helping new practitioners succeed so that they can successfully guide clients on their paths to get well and stay well naturally. Program Director
Jo has been a certified FDN practitioner since 2018, a member of the FDNthrive team since 2020, and an entrepreneur since 1992. She is passionate about giving new practitioners the tools to succeed with both client and business Program Administrator
Along with being our amazing program administrator, Vicki is a certified Functional Diagnostic Nutrition practitioner and a FDNthrive Practitioner. She is passionate about helping others on their wellness journey naturally. The Health Dectective Podcast Host
Evan has been a certified FDN practitioner since 2017. The FDN system was the first thing in over 13 years to finally help himself and him mom with their chronic illnesses. Because of this, he is now dedicated to sharing this philosophy with as many people as possible.

It's time to take care of you!

It’s really hard to take care of other people or achieve your personal or professional goals when you’re exhausted, moody, and overwhelmed.

Tummy troubles, hormone imbalances, thyroid issues, and more can get in the way of looking and feeling your best.
Our FDNthrive® practitioners have seen it all. We know that all dysfunction comes from imbalances in your body, and we have the tools to teach you how to reverse most of your symptoms. When you take care of yourself, you can take care of everything else you want to do in life.

Learn More About Our Program 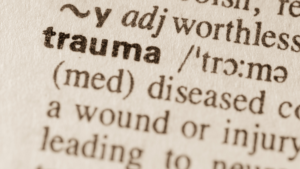 In life, facing emotional trauma is something that everyone deals with. Whether it’s the unexpected death of a loved one, the onset of a debilitating How Stress May Be Impacting Your Mental Health

If you are like most people you are feeling plenty of stress. But did you know that chronic stress can impact your mental health as Have you been chasing symptoms with supplements? Many people spend hundreds or even thousands of dollars a year hoping supplements will help them feel better.

CAN WE HELP YOU?

Take this quick, confidential survey to see if we can help you get well and stay well, naturally.

(We promise it’s worth every second!)

*If you think you may have a medical emergency, call your doctor or dial 9-1-1 immediately. The content of this site is for informational purposes only. The content is not intended to be a substitute for professional medical, health, wellness or healing advice, diagnosis, or treatment options. FDNthrive LLC does not provide medical advice, diagnosis, or treatment of any condition. Always seek the advice of your physician or other qualified health providers with any questions you may have regarding a medical condition. Never disregard professional medical advice or delay in seeking it because of something you have read on this site. FDNthrive LLC assumes no liability for the use or misuse of the content on this site. FDNthrive LLC does not recommend or endorse any specific tests, therapies, practices, providers, products, procedures, opinions, or other information that may be mentioned on this site. Reliance on any information furnished by FDNthrive LLC, FDNthrive LLC employees, or others appearing on this site is solely at your own risk.